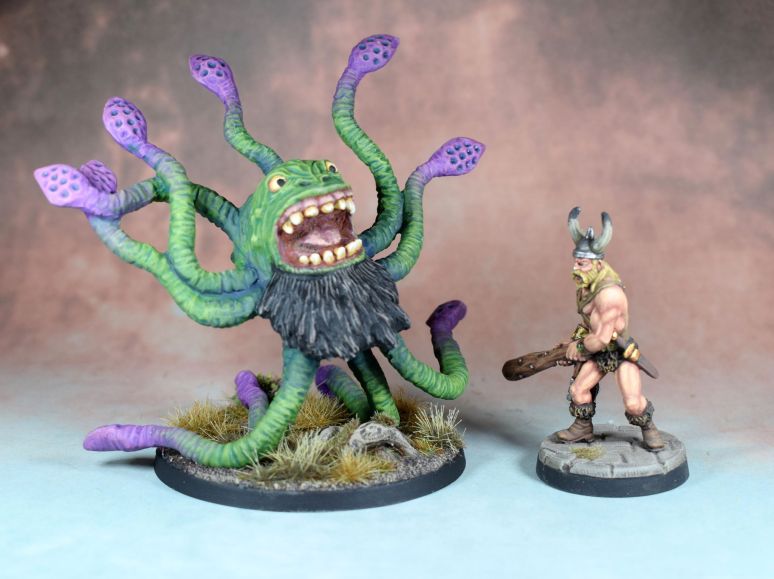 Our wibbly wobbly Decapod is now available to buy. He is supplied with a 50mm place, some assembly is required. The price is £15.
This tentacled terror swings through the trees to devour his victims, great fantasy or sci-fi gaming. He is sculpted by Phil Hynes.
————————————————————————

Another new release is this Dimetrodon, another Permian predator sculpted by Dave Cauley to grace your collection or gaming table, get yours here before they sail away!
Tthis mini is cast in metal in one piece with base included, he measures 10cm long, 5cm high and costs £10. 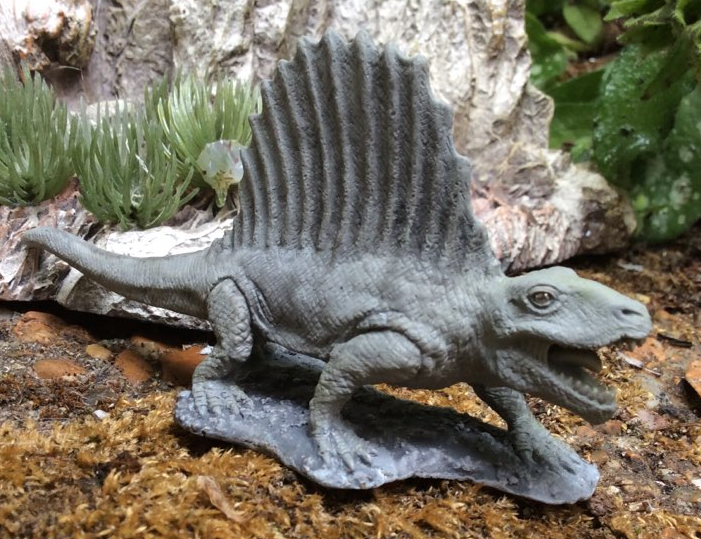 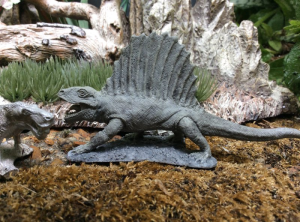 Conquerors of Mictlan
Last year we launched a Kickstarter campaign to produce a new range of 28mm Fantasy Conquistador miniatures and their adversaries, which would be suitable for Wargaming and RPGs. These brave (or foolhardy) individuals are on an ambitious quest to discover the mythical land of Mictlan with it’s untold treasures and a fabled key to the secrets of life and Death. The expedition may get some important lessons on the arcane mysteries sooner than they think. The denizens of this strange new world present some horrifying challenges. The terrifying Lich’s are masters of the unfortunate souls who perished on previous doomed expeditions.
The sculpting was by Paul Hicks. Phil Hynes, Martin Buck, Dave Cauley, and Paul Muller.

The kickstarter was a great success and we were able to expand the range from the original Conquistadors and conquistador style zombies, to having some native Mictlan Zombies and undead skeletal elite Jaguar Warriors as well as some fun extras that you might encounter in the lands of Mictlan.
We are delighted to be able to sell this range through this site now. You can view and buy the miniatures HERE.
we will also be expanding the range and adding more figures.

The miniatures are cast in metal and come with integral bases. The figures below are painted in house by Andrew Taylor for illustration purposes.

Set 1 of the Conquistadors by Paul Hicks

set 2 of the conquistadors by Paul Hicks

set 3 of the conquistadors by Paul Hicks, Dogs by Phil Hynes. 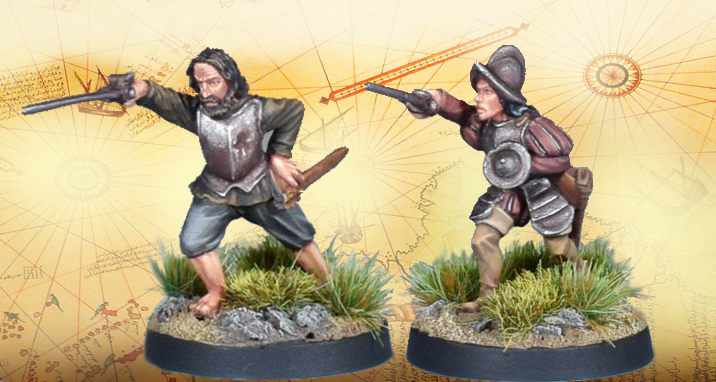 Rodrigez and Maria by Paul Hicks.

the horrifying Mictlan Lich’s, with some treasure. Sculpted by Paul Muller

set 1 of the Conquistador Zombies, sculpted by Paul Muller.

set 2 of the Conquistador Zombies, sculpted by Paul Muller.

This range is currently being expanded, more splendid miniatures will be added regularly. If anything is showing as out of stock please e-mail at antediluvianminiatures@gmail.com us so we can notify you when we re-stock. Samples here painted by Andrew Taylor.
see below for details and to buy ( all models supplied un-assembled and unpainted )
More information about the Conquistadors of Mictlan Here.

Here are the first pictures of our Wars of the Bruces Scottish schiltron command set, sculpted by Matthew Bickley. We’re looking forward to getting these guys moulded and cast up as soon as we can, and more variants on the spearmen done! 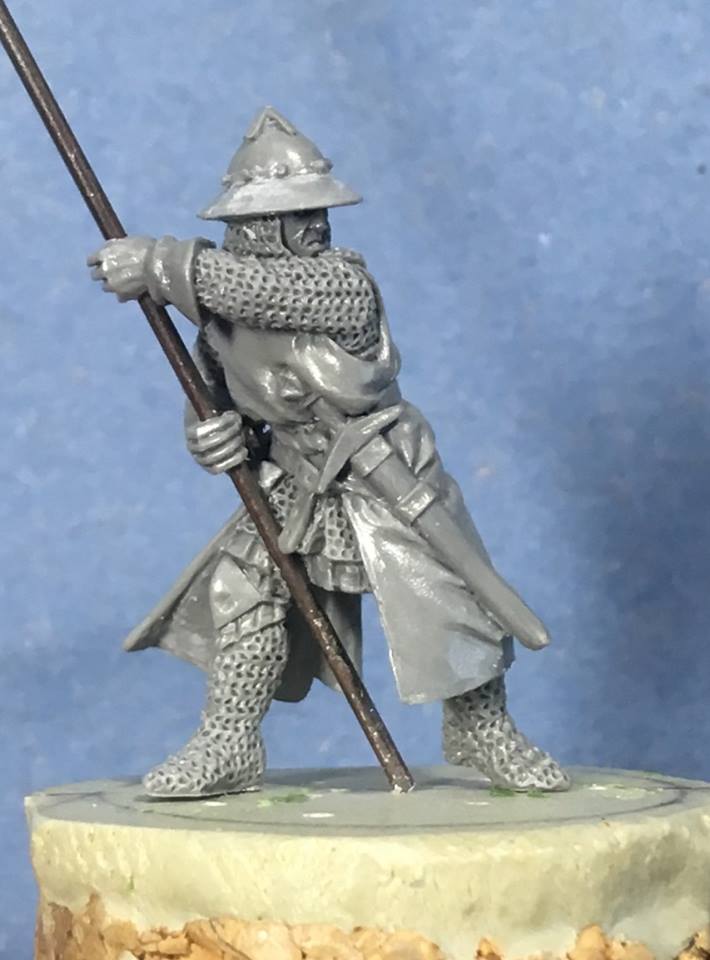 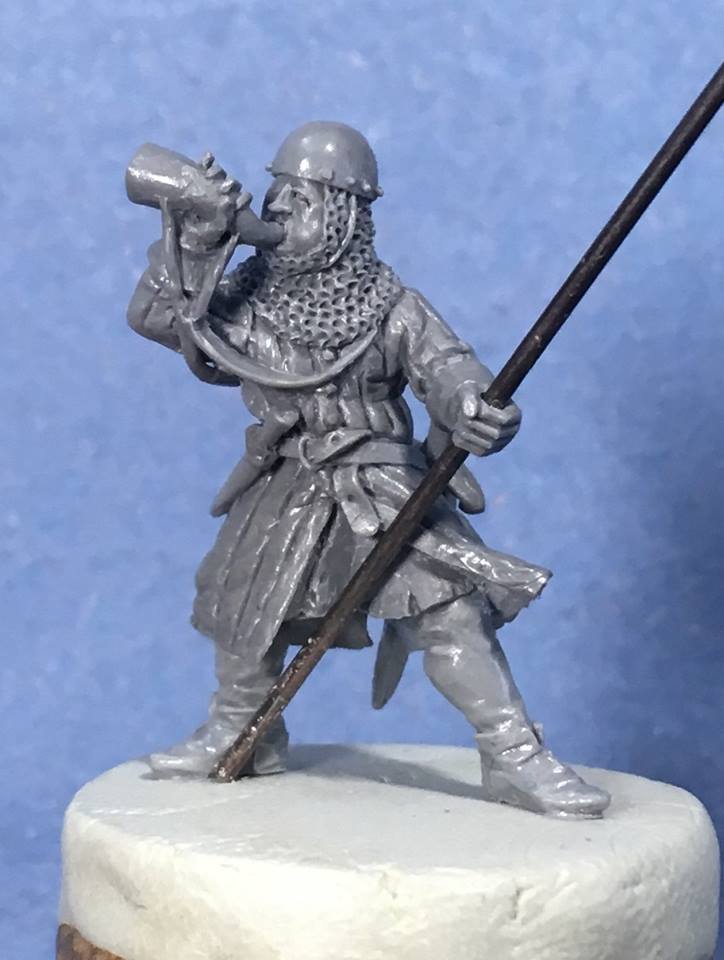 This range is currently being created, More splendid miniatures will be added regularily. If anything is showing as ‘out of stock’ please e-mail at antediluvianminiatures@gmail.com us so we can notify you when we re-stock. Samples here painted by Andrew Taylor.
see below for details and to buy ( all models supplied unassembled and unpainted ); 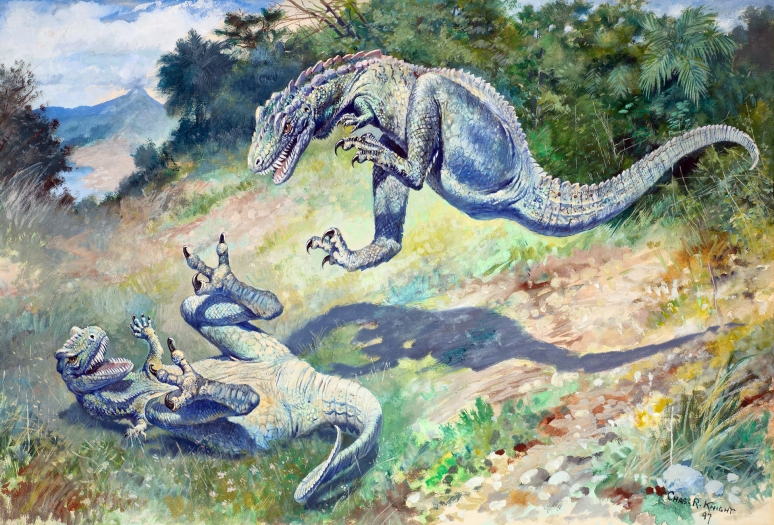 this Laelaps  (or Dryptosaurus ) is inspired by the Charles R Knight painting of 1897. It is 90mm long and 70mm tall & comes ready to assemble and paint. Andrew Taylor will paint up one for illustration purposes asap. These are in the shop at £25. 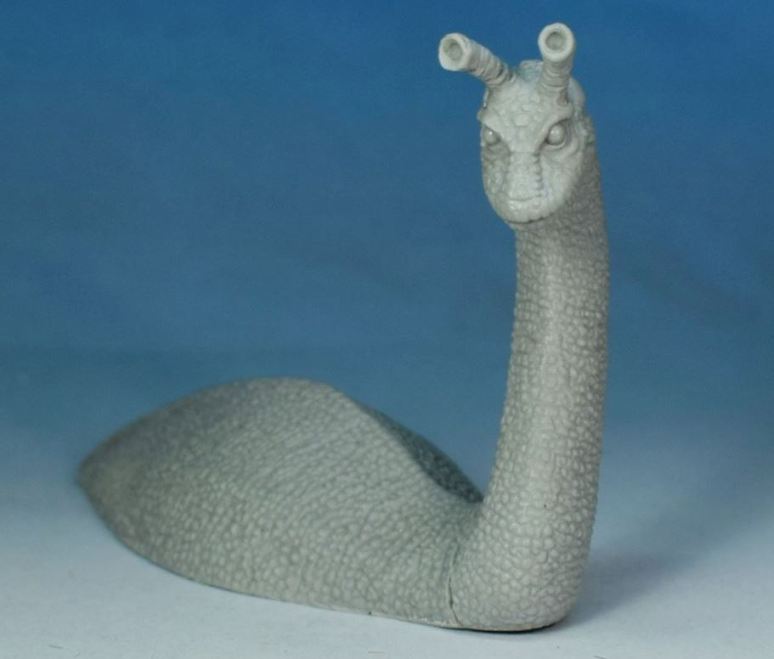 This lovely Nessie has been inspired by the classic Loch Ness monster- who resides not far from the ‘Antediluvian Miniatures ‘ HQ. John Dennett has done a beautiful job of this 100mm long & 80mm tall sculpture. It is available for £25. Lost World shop page
update 17/10/18:
here’s Andrew’s painted version 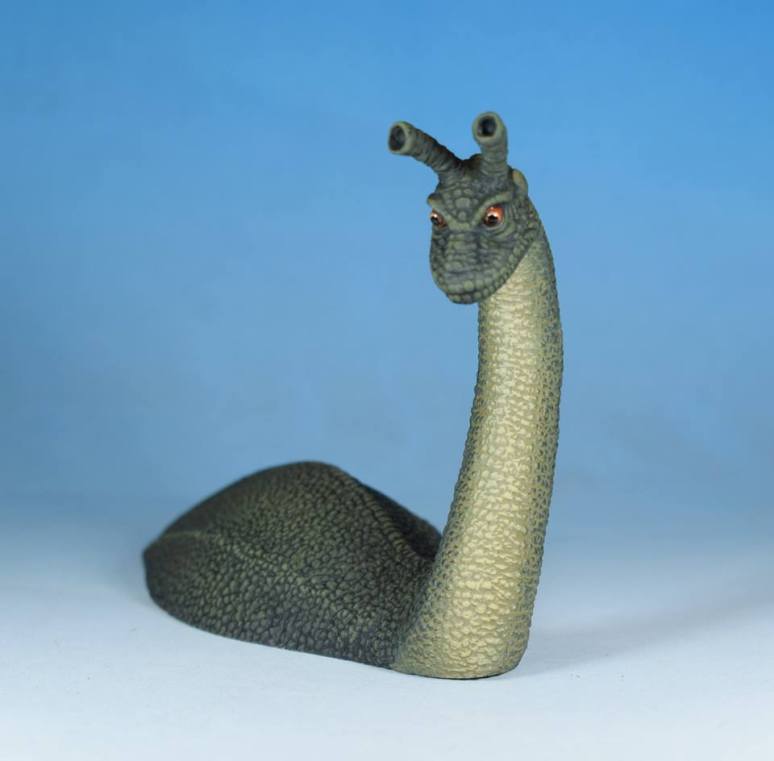 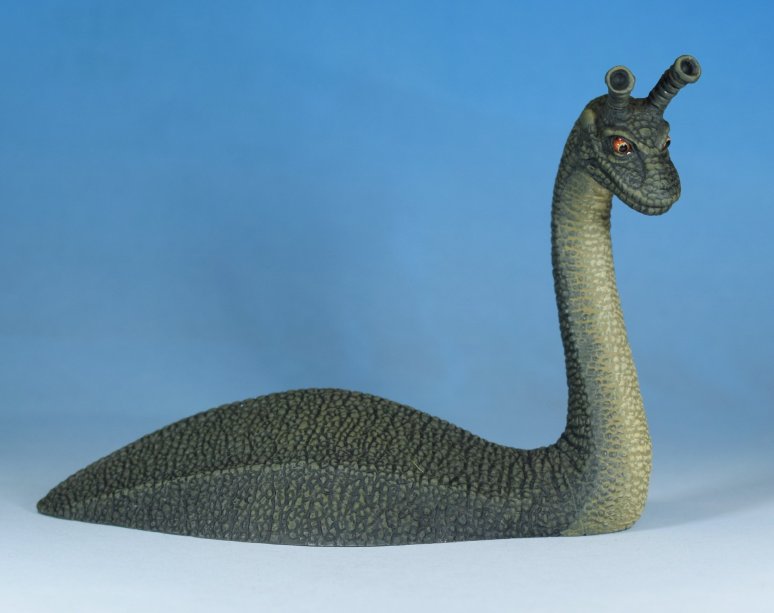